A new studio theatre, The Playhouse in the West End of Morecambe, has thrown open its doors after months of Covid uncertainty releasing a full programme of events from September to Christmas. 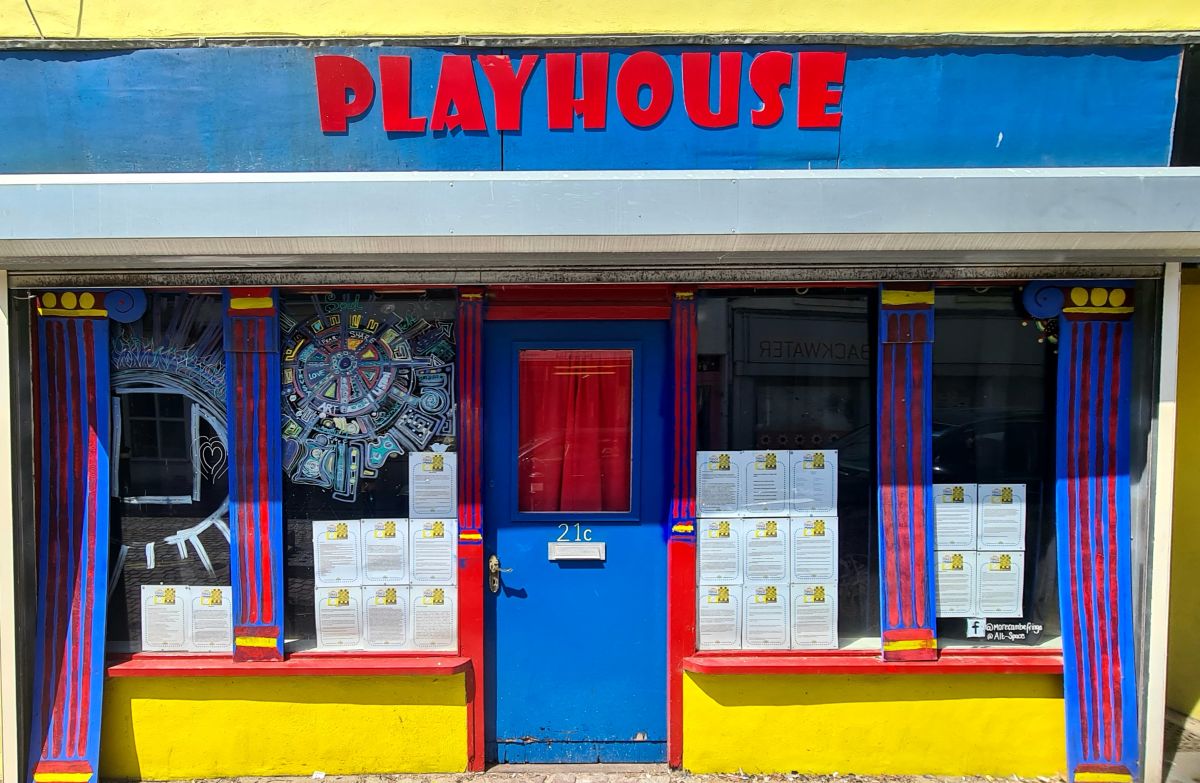 Artistic Director Matt Panesh says "I'm really chuffed with all the stuff we have coming up.  From Community Theatre to a lifetime achievement BAFTA award winner, and everything inbetween, we have something for everyone!"

Speaking about the Corona Virus he continues "We had just opened, we managed to run one cabaret night performed by our local West End talent when suddenly that was it. We're a small intimate space.  I had five hundred Playhouse 2020 Calendars made with all the events we had planned, which I suppose are collectors items now. Detailing the year that never was!"

"But now we're back on track, our community group the Players are holding open auditions for The Snow Queen, our Panto that runs December 15th to 18th.  It's been written by a local writer, and West End Player, June Metcalfe, and has been relocated to Morecambe.

Manesh continues, "We open proper with my own show, a political comedy that looks back over the last couple of years, The Bo Jo Show, its a solo show like the theatre I was making before I started the Morecambe Fringe, so it's good to be back writing."

"That's followed by Henry Normal on October 9th.  I interviewed Henry for my Beyond Radio Culture show and he offered to play at the Playhouse as part of his National Tour of The Escape Plan.  Henry co-created The Royle Family, and co-wrote Mrs Merton, Coogan's Run, Dr Terrible and as MD of BabyCow was responsible for their output. He retired from TV in 2016 getting a BAFTA Lifetime achievement award and has written and performed six radio 4 series since then.  I'm over the moon, and as he put it, 'I've finally made it to the West End... of Morecambe!"

"We're puting on a halloween play with a new script by David Findlay, Frankula's Castle, which is looking to be immense fun, and a fright night cabaret on Halloween itself."

"A world premiere of a new drama, "Liking Me, Liking You", which is coming in from Preston and is written by Sarah Green which runs Nov 24th to 26th.

"And we have Chris Lynam, one of the founders of Alternative Cabaret which became the alternative comedy movement in the eighties, on December 11th.  Called 'King of Clowns' by The New York Times he's real pedigree."

"Not to forget we have our First Friday of the Month Cabaret Nights. All the Galleries on Yorkshire Street are opening late on the first Friday of the month with wine and cheese, and so on. And we finish with the Cabaret. It's great fun and a little reminder of the cultural revival that's happening in Yorskshire Street."

It's a community project and all are welcome to participate. If anyone would like to be involved contact Manesh on 07858031303 or mpanesh@gmail.com"

All shows start at 8pm


Tickets are available in person from the Morecambe and Lancaster's Visitor's Centres or online from Skiddle and Patronbase.