In recent months, Soap Media has received three highly regarded industry accolades from internationally recognised organisations. Clutch awarded them Top Global B2B Partner and included them in their Top 1000 global companies list. Soap was also nominated for the Drum Top 100, the most important index in the digital marketing industry. 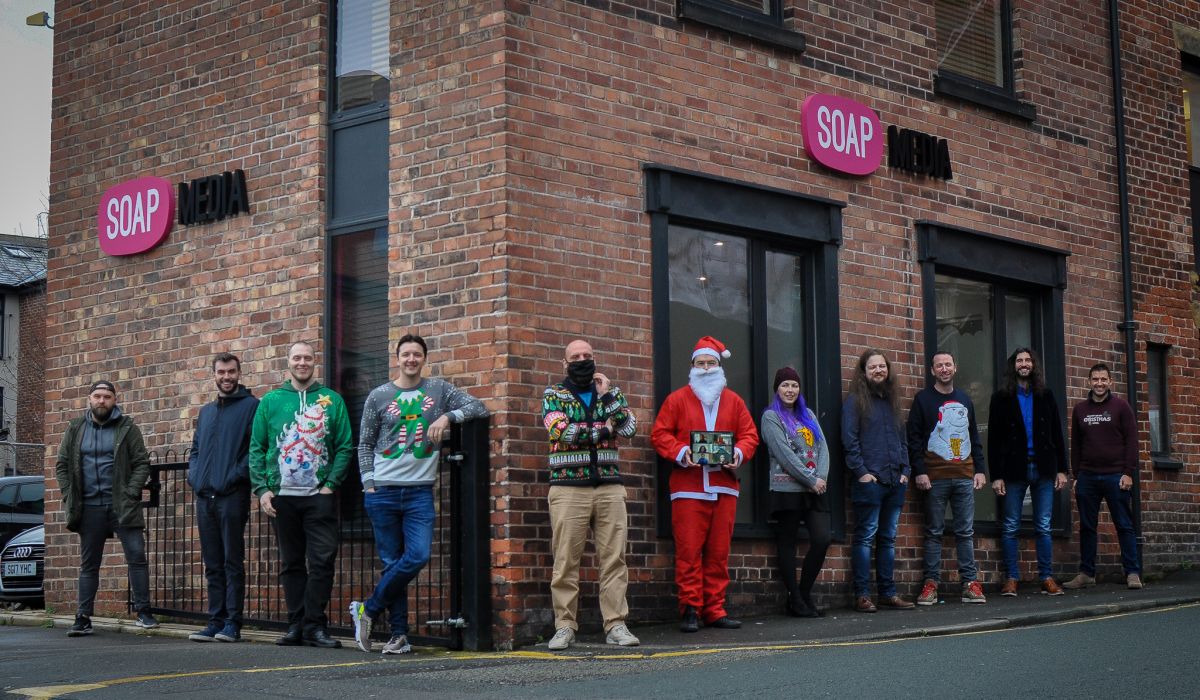 Soap Media are starting 2021 on a high after ending last year with recognition from two highly regarded organisations in the marketing industry.

This is the fourth consecutive year Soap Media have received awards from Clutch, a market research firm based in Washington DC, USA.

Clutch releases annual rankings to honour service excellence on a global level. Their awards are based on extensive client feedback data for a variety of business services, including digital agencies. Soap Media was awarded Top Global B2B Partner and included in their Top 1000 Service Providers List. ;

To round off their end-of-year celebrations for 2020, Soap was also nominated for the highly revered The Drum Top 100 Independent Digital Agencies list.

The Drum is one of the most respected publications in the digital marketing industry. Their annual awards celebrate the very best campaigns by agencies working across the spectrum of marketing and communcations. Results are decided based on performance data gathered from their Independent Agencies Census.

This awards list is usually dominated by larger, London-based agencies, so it's a well-deserved hat tip to the Soap Media team for being recognised for their skill and excellence in such a competitive market.

Soap Media is a Preston-based strategic and creative Digital Marketing Agency. They also have an office in Manchester and a remote team spanning the UK, Greece and Romania. In 2020, Soap worked with a variety of clients across different sectors, including Redrow (housing development), Globacap (fintech), and the award-winning online training and education provider Centre of Excellence.

“We’re delighted to be starting 2021 on a real high with recognition from two of the industry’s most trusted and respected award platforms. It’s the fourth consecutive year we’ve been honoured by Clutch, with these two awards proving that we are in the global elite.

“The Drum Top 100 nomination is also a significant achievement for us. Whilst we’ve won a lot of awards over the years, this is pretty much the gold standard for our industry. You only have to look at the other agencies who have been included in the past to realise how well we’ve done. These are hugely successful companies with well-earned reputations for top class results, so for us to be considered on this level is a tremendous accolade. I’m proud of the team we’ve built over the past fifteen years, and it’s hugely inspiring to see their efforts rewarded in this way.

“2020 was an unconventional year for business, but it’s reinforced our belief that our approach is the right one. We don’t look at the people we work with as merely clients or monthly revenue statistics; they are partners with visions we need to believe in. Every pound and every second is more valuable than ever, so our focus in going above and beyond expectations is why we secure these awards and continue to attract such brilliant businesses to work with.

“We’ve also adapted to the times, launching our lead generation specific brand Soap Leads and employing more and more people not only outside of our north-west base across the UK but in mainland Europe too. We’re currently exploring the possibility of building on this global success and outlook with an office on the continent, so it’s an exciting time for us all.”