Award-winning reggae poet Linton Kwesi Johnson has joined the illustrious line up for the first ever Morecambe Poetry Festival, taking to the stage on the opening night with T S Eliot Prize winner Joelle Taylor. 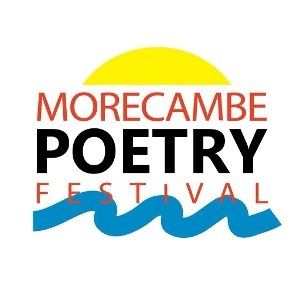 The first ever Morecambe Poetry Festival starts with the TS Eliot prizewinning Lancastrian Joelle Taylor onstage in a double bill with the legendary Linton Kwesi Johnson.

Linton was born in Jamaica and came to London in 1963. In the 1970s he was in the Black Panthers and worked at the Keskidee Centre, the first home of black theatre and art. Johnson’s first poetry collection, Voices of the Living and the Dead, came out in 1974. In 2002 he became only the second living poet and the first black poet to have his work included in Penguin’s Modern Classics. Johnson’s first album, Dread Beat An Blood, was released in 1978; he has since released fourteen more.

Mastermind behind the festival and Morecambe resident Matt Panesh was inspired by his time working as artistic director for Edinburgh Festival’s PBH’s Free Fringe, where he brought together a community of poets to put on more than 1000 performances over the three weeks.

“It’s my dream line up. I want this to have a real impact on the town as we know access to the arts can be life-changing and bring about cultural renewal."

“I’m delighted Linton is coming to Morecambe. Along with John Cooper Clarke, they are the godfathers of the punk poet outsider scene. It really is a brilliant line up for our first time out. Securing Cooper Clarke early on was the key to building this high calibre line up and I’m grateful to all the poets who have responded so positively to my call out to bring the best of the UK’s spoken word to Morecambe.”

Star names from around the UK will take to the main stage while next door at Johnnie’s Warehouse Club, the Alternate Stage will offer grassroots poets the chance to take part in the festival alongside the headline stars.

The Morecambe Poetry Festival will be a place to hear the most exciting, vibrant spoken word being produced today in the UK. Tickets are available online from Skiddle. 5pm onwards is 18+.

Stage times and show tickets are available via Skiddle for the three day word fiesta taking place in the Lancashire seaside town on September 16-18 2022. As well as the weekend pass to all shows, there are show tickets on offer.

First up on Friday will be Linton and Joelle at 7pm, followed by Dr John Cooper Clarke and Mike Garry at 9pm and an after party poetry club with Mike Garry, Thick Richard and an Open Mic.

On Saturday, John Hegley will perform a family friendly show at 4pm with Henry Normal & Lemn Sissay in the evening show at 8pm.

Sunday will be the turn of Atilla the Stockbroker and Kate Fox before the closing party.The Alt stage will open at midday Saturday and Sunday featuring a whole host of poetry club nights and an Open Mic. A weekend pass for the Alternate Stage is £10.