It's LGBT+ history month, and this year is the 50th anniversary of the first Pride March in the UK. This year is themed to politics in art. 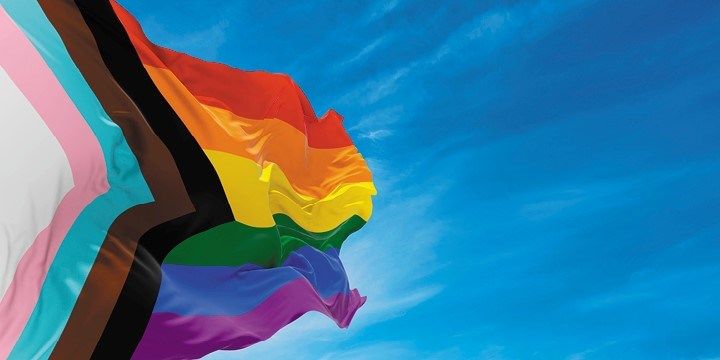 Lancashire itself has played an important part in LGBT+ history when the Campaign for Homosexual Equality held the first British gay rights conference in Morecambe, Lancashire back in 1973.

LGBT+ history month is a time when we celebrate LGBT+ people of all kinds, as well as seeking to educate people and encourage people to educate themselves about LGBT+ history. Our history is filled with prejudice and hatred towards those under the LGBT+ umbrella, and it is important to dedicate some time to confronting that prejudice and celebrating those who have lived and loved before us, and paved the way so that LGBT+ people today can be our own unique selves.

This year is themed to politics in art. Art and politics have long intertwined in LGBT+ spaces; think of the first rainbow flag, made in 1978 by Gilbert Baker, or the AIDS quilt created to commemorate the lives of those who died of AIDS-related causes. The tagline for this year is 'the arc is long', which is taken from a quotation by Dr Martin Luther King Jr: 'The arc of the moral universe is long, but it bends towards justice.' Five artists have been chosen to embody this theme: