The Dukes has been at the heart of Lancaster since 1971 as both a theatre and independent cinema and has achieved so much since then. 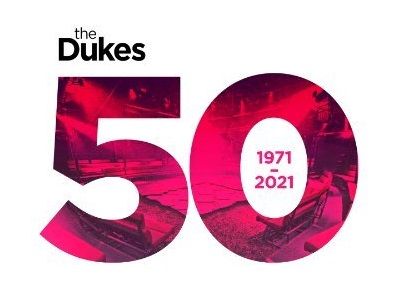 Since opening its doors on Moor Lane in 1971, the Dukes has been placing arts and culture at the heart of both Lancaster City Centre and the Lancashire region. As Lancashire's only producing theatre, The Dukes has welcomed the likes of Dame Harriet Walter, Gloria Grahame, Andy Serkis and most recently, Sir Ian McKellen to its stage. Following its 50th birthday, a year of celebration will continue through until the Summer of 2022.

Throughout the lockdowns, The Dukes has been a creative home for artists, audiences and communities, as well as creating the online space Digital Dukes. They continued to work with local artists, theatre companies and film distributors on commissions and streaming opportunities and delivered online participation activities - like the digital dementia arts Bring Me Laughter festival.

Among its awards, the Dukes is the current holder of the Northern Soul Award for Best Cinema, as well as The Bay Living Award for Best Arts/Entertainments Venue.

The Dukes’ Chief Executive Karen O’Neill (above), said of leading the theatre into its next 50 years, “It is so wonderful to be celebrating the Dukes 50th Birthday! This is a milestone year for the Dukes and we are so pleased to be sharing it with our team, volunteers, audiences, artists and community.

"The Dukes has been at the heart of Lancaster since 1971 as both a theatre and independent cinema and has achieved so much since then. We are so proud of the Dukes’ legacy and thank everyone who has been part of the journey so far.

"We are so excited for the future and we look forward to creating more memories, creative projects and continuing to be part of what makes Lancaster a great place to visit or call home. Thank you to our core funders Arts Council England and Lancaster City Council and to all our supporters, partners, funders, audiences and creative professionals.

The festivities will also celebrate the theatre's long-standing team members.

Data & Audience Development Manager, Karen Chandisign, and Technical Manager, Brent Lees, have both worked at the theatre for over 25 years. They will also celebrate The Dukes’ team of volunteers who have supported the venue for many years.

Karen Chandisign said of the anniversary and time with the theatre, “I feel so lucky to have spent much of my working life with The Dukes. Over the past 30 years I’ve worked with the most amazing people and have been privileged to see some amazing theatre. I’m so happy to be celebrating my 50th along with The Dukes and I am very much looking forward to our next chapter.”

Marketing & Communications Manager Jay Walton said of The Dukes’ volunteers, "For many years our volunteers have supported The Dukes, welcoming our wonderful audiences and theatre companies. They mean a lot to us and we can't thank them enough for their support. We are delighted to be celebrating our 50th Birthday with them as much as our beloved audiences."

The continuation of the 50th celebration Spring season includes many fantastic pieces of live performance including the return of Northern Broadsides with their production of As You Like It and KIN by Lancaster writer Christine Mackie. The Dukes will be welcoming companies from across the UK with great family productions such as STAN and Party. Innovative theatre company Thick Skin will visit with their piece Blood Harmony and Maxine’s Peake’s Beryl will arrive in June, while new artists will continue the expansion of the Moor Space programme with pioneering work including Far Gone and The Long Way Home, bringing new voices to the stage.

Over the last six months The Dukes have also supported up and coming Lancashire talent to respond to the theme of 50 in their 50th commission programme and you will be able to watch these new pieces of work live in April.

To end the 50th Anniversary The Dukes play in the park will return with a brand new Park Show production told within the stunning forests of Williamson Park - a truly exciting event for the whole family!