Who is buying craft, why and where. The new report will help makers to develop their businesses, understanding in much greater depth who their consumers are and what drives their appreciation of craft. 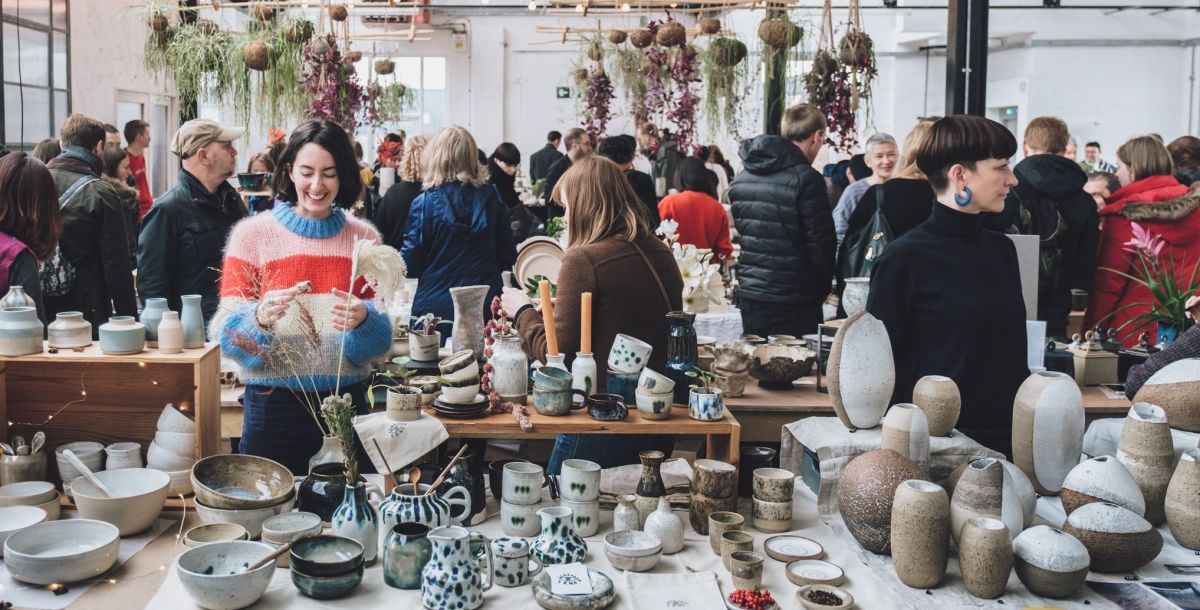 Commissioned by Crafts Council and partners

Using survey findings from consumers in the UK and two US cities, as well as makers and intermediaries supporting craft businesses, the report shows how craft sales are worth £3bn to the UK economy and that there is a growing new generation of younger craft consumers. The report will help makers to develop their businesses, understanding in much greater depth who their consumers are and what drives their appreciation of craft.

The report shows that:

The proliferation of face-to-face craft selling channels – particularly craft fairs and markets – has also increased popular interest in craft. Just as platforms like Etsy and Folksy have brought craft to a new online audience, so too has the rise in craft fairs and markets brought craft to more people face-to-face with enterprises such as Crafty Fox (London) and Great Northern Contemporary Craft Fair (Sheffield) not in existence a decade ago.

The first report to identify and gauge appetite for British craft for over a decade reveals our passion for craft has never been greater – 73% of UK adults had bought craft in 2019 – snapping up almost 25 million handcrafted objects.  In a significant shift, almost a third (32%) of today’s buyers are aged under 35 – making this demographic the biggest buyer of craft today.

The report was implemented by the Crafts Council and eight leading national partners* (among 5,000 UK residents, 1,500 US citizens and 1,700 professional makers and implemented prior to the COVID-19 pandemic.  It has subsequently been layered with a further Crafts Council survey carried out among 573 UK-based makers post lockdown.

The maturing of the craft market in the UK can be attributed to a number of wider trends that are likely to accelerate as a result of the pandemic – the rise of e-commerce, investment purchases over throwaway objects, and an interest in sustainability and supporting small businesses.

10.3m Brits are buying craft online - a figure that has more than tripled over the last decade.  However, the report also showed that the majority of British adults still prefer to buy objects in-person.

The export potential for the UK craft sector is highlighted - 2.5m people in New York and 1.7m in Los Angeles have purchased craft from a UK-based maker, but a further 6.9m across the two locations said that they would be likely to buy UK craft in the future. This represents a sizeable untapped market for exports.

The current pandemic has highlighted the growing craft trend – the BBC’s Great British Sewing Bee has shifted to a prime-time BBC TV slot and attracts audiences of close to 5 million5, and sellers of craft supplies for the domestic market are seeing a surge in sales.  With 20% of British consumers indicating that they would pay to attend a craft workshop, it is no surprise that such a significant number of people are turning to online tutorials and craft kits to learn a new skill while they have more time at home.

Rosy Greenlees the executive director of the Crafts Council: “The report provides valuable evidence to understand more about how best to stimulate, support and grow the craft market: who’s buying craft, what they’re buying and why, how big the market is, how routes to market are changing, and what kind of infrastructure can best support it. Our first step will be translating the findings into actionable learnings for the craft sector, helping them build a richer picture of different consumers and their habits and interests in order to help grow sales. While the growth in the market is encouraging, the picture is not all positive. A quarter of makers are facing a negative impact from Brexit on their business, and many makers will be in a precarious situation in a post-pandemic world – losing not only their opportunities to sell their work, but also other sources of income – for example, teaching and hosting workshops.”

Download and read the Market for Craft executive summary here and the full report here.

Key findings from the Market for Craft Report include: